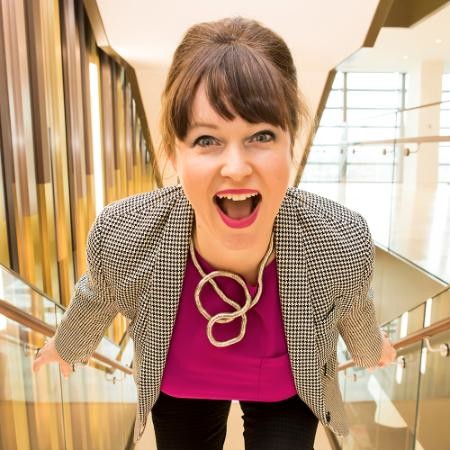 In her career, she has clocked up 12.5 thousand hours of Live BBC broadcasting and nearly 5,000 celebrity interviews (like George Clooney & Madonna!)

Since 2011 as The Impact Guru, she’s helped over 8,000 professionals speak with confidence.

She’s a sought-after speaker for conferences and special events for the likes of; the Universities of Oxford, Cambridge, Kings College London; the British Army, the Government, and she works extensively in the creative and property industries.