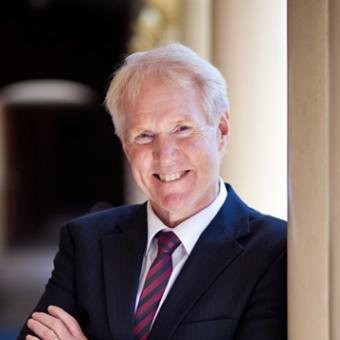 Phillip Heath achieved a First Class Honours degree in Reformation History and taught at Trinity Grammar School Sydney and King’s School Ely (UK), before becoming Deputy Head of The William Clarke College in Kellyville, and then Headmaster of St Andrew’s Cathedral School, Sydney, where he formed the Gawura Campus for indigenous inner city children. Author of “Trinity, the Daring of Your Name”, and numerous journal articles, Mr Heath became fifth Principal of Radford College ACT in 2009 and the school received the Order of Australia Association (ACT) Award for Community Service twice under his leadership. He was made a Fellow of the ACT Branch ACEL in 2011 and in 2018 was awarded as a Member in the general division of the Order of Australia for his service to education and his commitment to creating greater opportunities for Indigenous students.

Phillip was appointed as the Head of Barker College in 2014 where he formed the Darkinjung Barker Campus for Indigenous children on the Central Coast of New South Wales and the Ngarralingayil Barker Campus for Indigenous children in the Hunter Region of New South Wales. Mr Heath has served on the NSW Board of Studies representing the Independent Sector (2000-2009) and is also a past National Chair of the Association of Heads of Independent Schools of Australia (2013-2015). Phillip is married to Alison, who is also an educator with expertise in English literacy and language acquisition.

All sessions by Phillip Heath

Don’t Hesitate! – Know Thyself – Look Within and Beyond